For any questions regarding registration, please e-mail orthodoxeducationalinitiative@gmail.com or call (215) 987-2655. 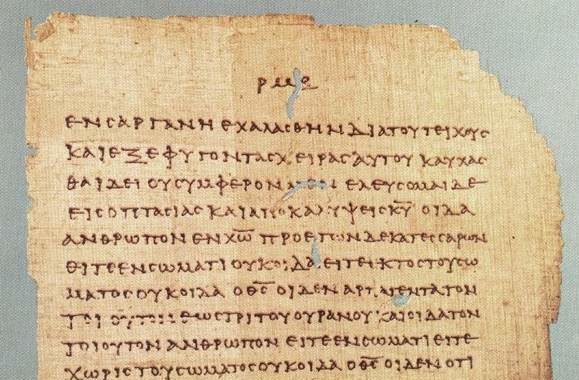 The dialect of Greek which was spoken in the Greco-Roman world at the time of Christ is referred to as “Koine” («Κοινή») which denotes the common or shared language of that time. Koine is very similar to the Attic Greek in which Plato and Aristotle wrote. Most importantly it is the language of the New Testament, the Orthodox Divine Services, and the Greek Fathers.

Knowledge of Ancient Greek will strengthen the students’ knowledge of English, as many English words are derived from Ancient Greek. According to one estimate, more than 150,000 English words are derived from Greek words; these include technical and scientificterms, but also more common words like antique, idol, dialogue, geography, grammar, architect, economy, encyclopedia, telephone, microscope etc.

Since Ancient Greek is the language used in the Divine Services (hence the name of the Course: Ecclesiastical Greek), comprehension of it as it is read and chanted in Church (using Modern Greek pronunciation) is essential for one to engage fully in the Church Services. It is also
essential for those who serve in Church as Priests, Deacons, Readers, and Chanters to have a fluency in Ecclesiastical Greek.

The student will:
• learn Ecclesiastical Greek vocabulary and grammar.
• learn to translate short texts from Ancient Greek into English, and from English into Ancient Greek.
• compose sentences in Ancient Greek.
• read aloud (using Modern Greek pronunciation), listen to and comprehend texts read to them in order to strengthen their knowledge of Ancient Greek.

Textbooks and Other Resources

Instructional Format: The Course will last fourteen weeks. Using the Zoom web conferencing system, we will meet one a week for a live class online in which I will introduce new subject matter, go over assignments and discuss the lessons in a group setting. The Method used in Athenaze is an “inductive method” namely, comprehension and grammar are interspersed throughout the lessons, the student will learn to  comprehend short texts first, and then incrementally they will be given the grammatical rules governing those texts that they already understand.

Office Hours: Office hours will be held weekly on Zoom by appointment.

Activities and exercises will be assigned from the textbook and
workbook after we have covered the material in class. The student should dedicate 45 minutes per day on study and completion of assignments.

There will be weekly quizzes on the vocabulary and the grammatical
material in the textbook. There will also be a midterm and a final exam.