Wednesdays and Fridays at 7:30PM

$350 US one-time payment (register with button directly below)

-If you are interested in this option, please sign up for recurring PayPal payments at the “Donate” tab above or send a check to:

Note: With one payment or subscription, families can take this class together!

Joy of All Who Sorrow Mission
c/o Fr. John

For any questions regarding registration, please e-mail orthodoxeducationalinitiative@gmail.com or call (215) 987-2655. 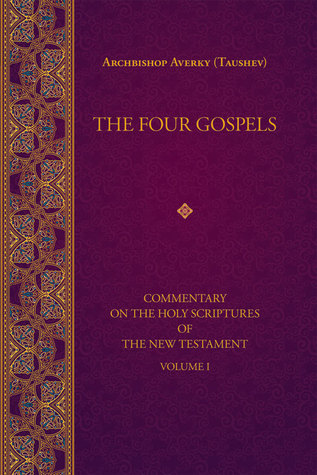 “If an earthly king wrote you a letter, would you not read it with joy?  Certainly, with great rejoicing and careful attention.  You have been sent a letter, not by any earthly emperor, but by the King of Heaven.  And, yet you almost despise such a gift, so priceless a treasure.  Whenever you read the Gospel, Christ Himself is speaking to you.  And while you read; you are praying talking to Him.”

If we look to the Tradition of the Church, we will notice that in the various local Churches, there is a special emphasis on the reading of Holy Gospels during Great Lent.  For example, in certain Greek monasteries, the brethren will read all Four Gospels during the first week of Lent.  And, according to the Typikon of the Russian Church, there is a practice to read all Four Gospels during the first week of Lent.  Alas, in our times, as busy as they are, it is quite difficult to follow such strict practices.  Yet, surely, we are still able to do something!  We give a great deal of our time to listening to music or gobbling down the news.  Could we not instead give at least some of this time to God in the reading of the Holy Gospels?

To help with this, we here at the Initiative will be offering a bi-weekly discussion group on The Four Gospels by Archbishop Averky.  From February 19 to June 25, we will be reading all of Matthew, Mark, Luke and John.  We will use Archbishop Averky’s text book as a guide.  “Why use a book alongside the Gospels?” you ask.  The answer is found in Acts 8:31: For how can we understand, unless someone guides us? Archbishop Averky’s textbook is written in the tradition of the great Fathers of the Church, such as the Blessed Theophylact and Saint John Chrysostom.  As we see in the description of the book, Archbishop Averky analyzes all four Gospels chronologically and simultaneously, allowing the reader to see the life of Christ, “as an unfolding narrative in accessible, direct language.”

We will be meeting twice a week to go through the Gospels using Archbishop Averky’s commentary.  This will allow us to focus on the meaning and import of God’s words during the most spiritually contemplative part of the year.

To purchase the book: